The Food and Drug Administration: the Continued History of Drug Advertising

The United States Food and Drug Administration (FDA) was first created to enforce the Pure Food and Drug Act of 1906. In this capacity, the FDA is charged with protecting the health of the US public, to ensure the quality of its food, medicine, and cosmetics. Before this time, the United States government had no formal oversight of these products and left issues of quality and purity to the individual manufactures, or at times, individual states.

This lack of regulation was not much of a concern during the early years of the country, as most people made their own goods, or purchased them from locally owned shops (who would make their own products). However, as more people moved into cities to work in factories and other urban jobs, pre-made goods were needed as city dwellers could not produce these themselves.

First Edition of The Jungle by Upton Sinclair. Source: The Internet Archive, https://archive.org/details/jungle00sinc

As these types of products gained in popularity, horrific stories regarding both workplace and product safety came to light. One of the most famous reports was Upton Sinclair’s The Jungle (1906) which detailed the abysmal working conditions in a Chicago meatpacking plant where rotten meat and poisoned rats were knowingly ground-up, canned, and sold to consumers.

Reports such as these convinced the US government to pass the Pure Food and Drug Act in 1906. Over the years, the act has been expanded and modified, and today the FDA is the major government agency involved in the oversight of prescription medications, including how these are advertised to the public. A closer look at important dates in the history of the FDA provides a direct link between the claims made on medical trade cards of the past, and those featured within modern direct-to-consumer drug advertisements.

Look at the timeline below to learn more about the people, legislative acts, and legal cases that contributed to the evolution of the FDA, the pharmaceutical industry, and direct-to-consumer-advertising.

Timeline: Through the Years with the FDA 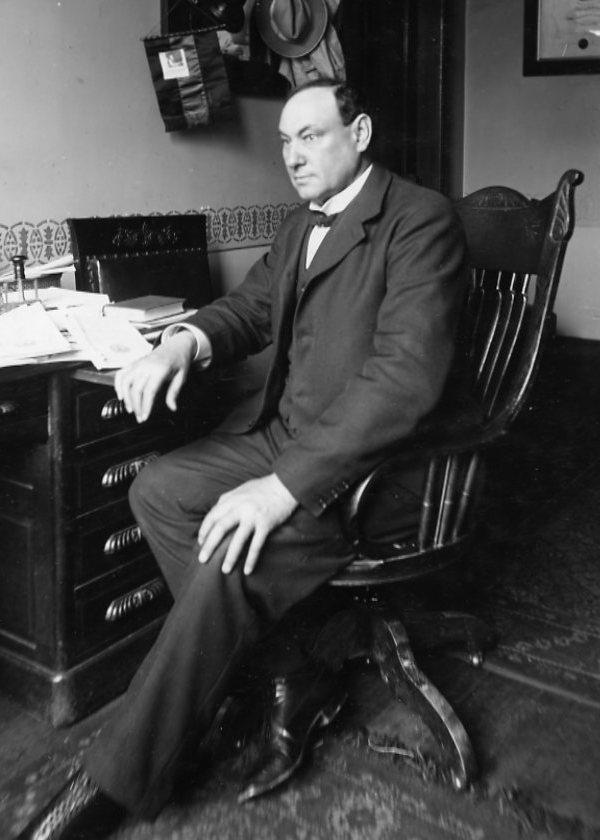 Dr. Harvey W. Wiley became the U.S. Chief Chemist and expanded the U.S. Bureau of Chemistry's food adulteration studies. He was a staunch advocate for enacting federal regulations to ensure the quality and safety of food and medicine throughout the country. Dr. Wiley is referred to as the "Crusading Chemist" and "Father of the Pure Food and Drugs Act" due to these convictions. He retired from government service in 1912 and died in 1930.

The original  Food and Drugs Act  of 1906 was passed by Congress on June 30th and signed by President Theodore Roosevelt, created to prevent the “manufacture, sale, or transportation of adulterated or misbranded or poisonous or deleterious food, drugs, medications, and liquors...”

Prior to this Act, medications such as Mrs. Winslow's Soothing Syrup for teething and colicky babies did not need to disclose that its product contained ingredients such as morphine and alcohol. 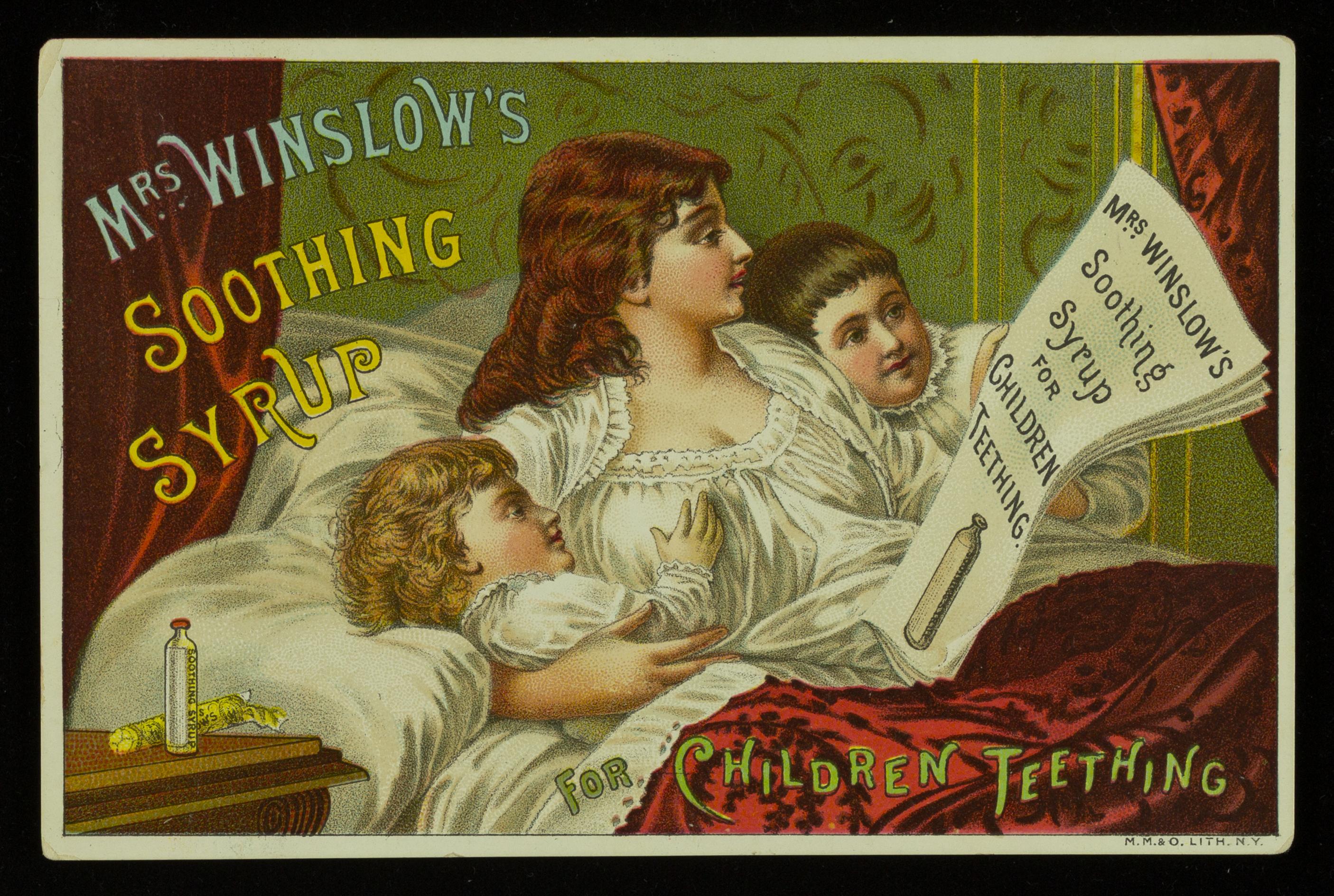 A loophole in the Pure Food and Drug Act is discovered when the Supreme Court ruled in U.S. v. Johnson that the 1906 Food and Drugs Act does not prohibit false therapeutic claims but only false and misleading statements about the ingredients or identity of a drug.

Congress enacts the  Sherley Amendment  to overcome the ruling in U.S. v. Johnson. The Sherley Amendment provided language that prohibited the intentional labeling of medication bottles or packaging with false therapeutic claims. For instance, due to this amendment the FDA was able to prosecute the manufacturers of Mrs. Winslow’s Soothing Syrup, due to continued false advertising regarding the curative effect of their product 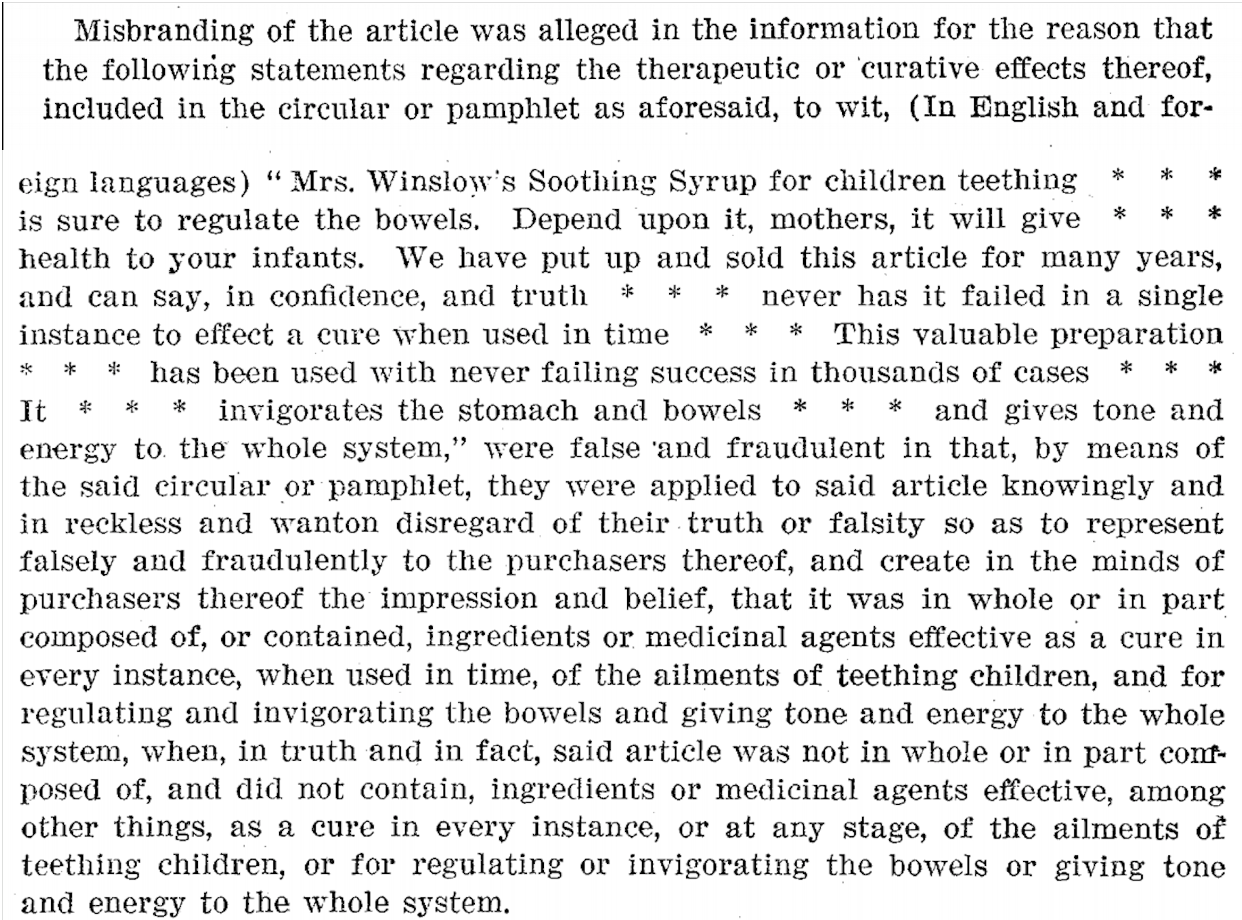 Summary of the misbranding charges brought about by the FDA for fraudulent claims made by the manufacturer's of Mrs. Winslow's Soothing Syrup (1916). Source: https://fdanj.nlm.nih.gov/catalog/fdnj04110

See the original full announcement from the FDA here: https://fdanj.nlm.nih.gov/catalog/fdnj04110

The Harrison Narcotic Act  requires prescriptions for products exceeding the allowable limit of narcotics and mandates increased record-keeping for physicians and pharmacists who dispense narcotics. 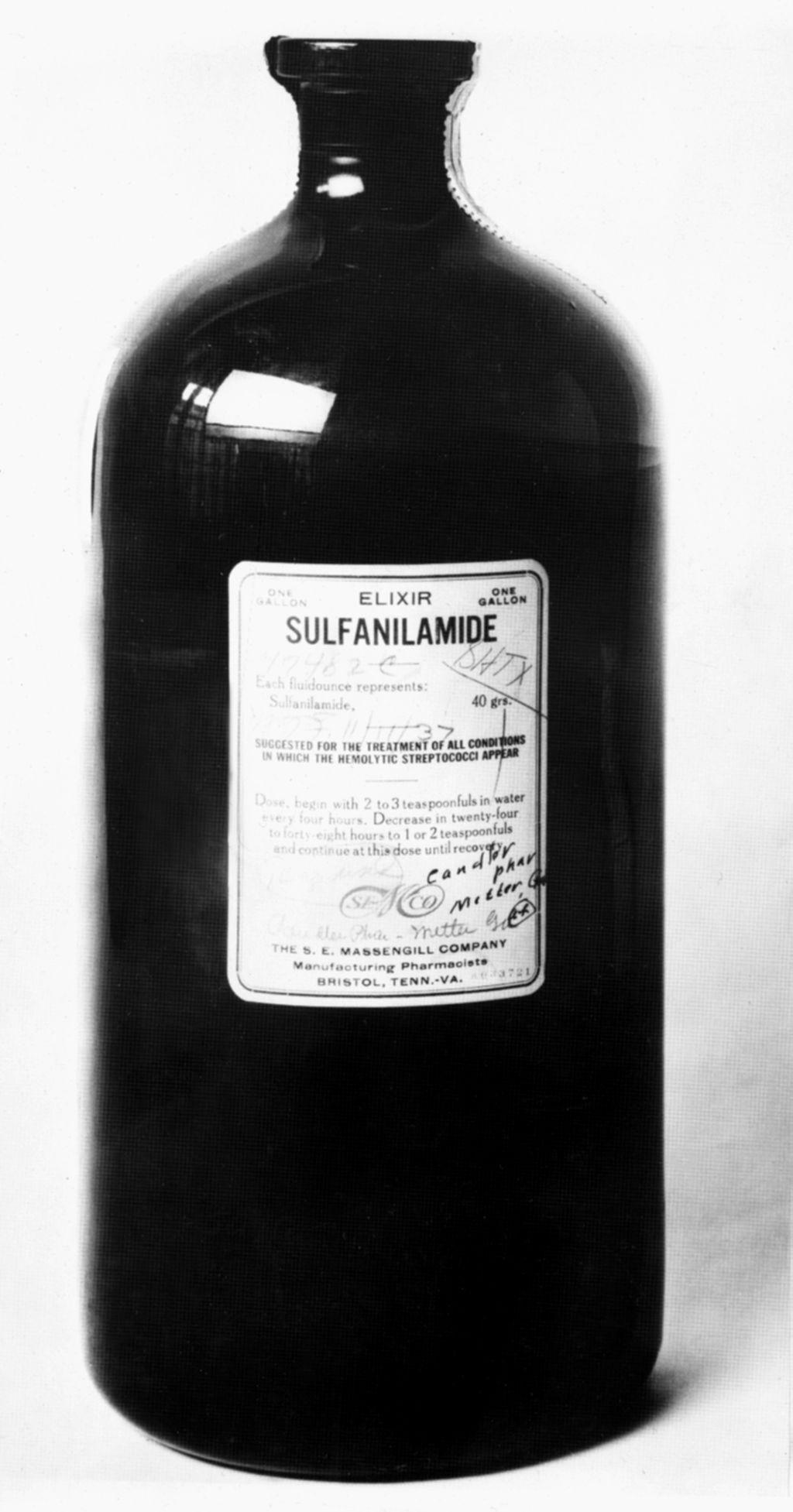 Elixir of Sulfanilamide, containing the poisonous solvent diethylene glycol, kills 107 persons, many of whom are children, highlighting the need to establish drug safety before marketing and to enact the pending food and drug law.

The Federal Food, Drug, and Cosmetic (FDC) Act of 1938  is passed by Congress to strengthen the FDA's regulating authority. New provisions of the 1938 Act:

The Insulin Amendment  is encacted, authorizing the FDA to test and certify purity and efficacy of this lifesaving drug for diabetes

The Durham-Humphrey Amendment goes into effect. This amendment  defines the types of medications that cannot be safely used without medical supervision and mandates certain drugs be made availbale by prescription only. 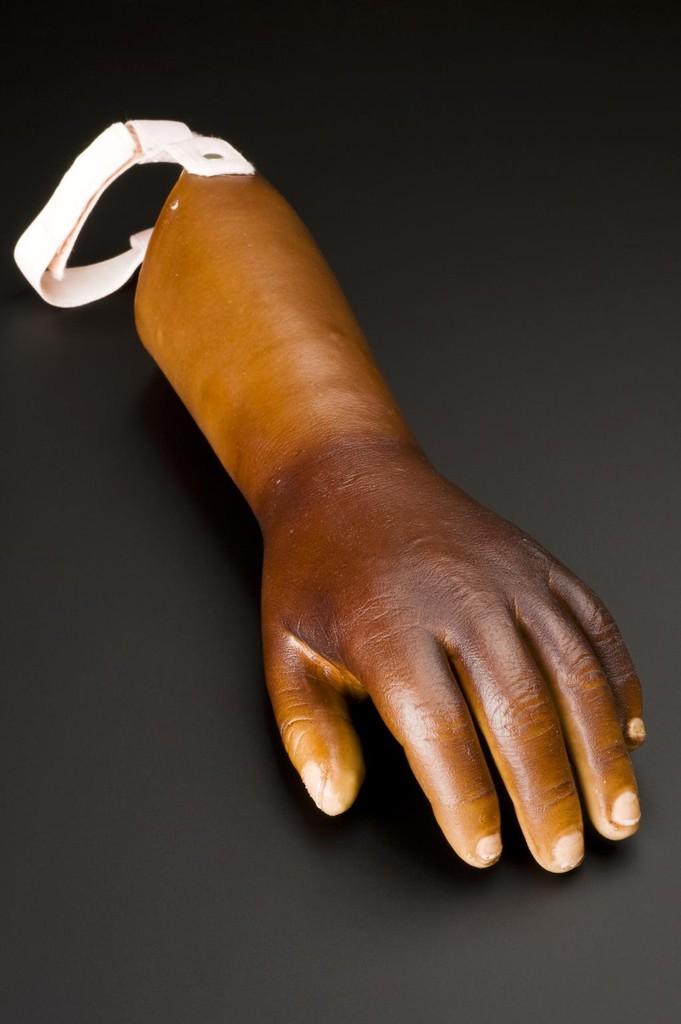 Kefauver-Harris Drug Amendments are passed to ensure medication efficacy and greater safety. For the first time, drug manufacturers are required to prove to FDA the effectiveness of their products before advertising them.

The new sleeping pill Thalidomide was found to cause birth defects in thousands of babies born in Western Europe. Dr. Frances Kelsey, FDA medical officer, was credited by news sources for keeping the drug out of the U.S. market, increasing the public's support for the FDA and strong drug regulation.

FDA requires the first  patient package insert. Oral contraceptives must contain information for the patient about specific risks and benefits. This was one of the first times the FDA empowered patients directly by mandating that important information about their prescribed medications be provided along with the medication itself.

The FDA Modernization Act of 1997 was a major legislative act meant to reform the regulation of food, medical products, and cosmetics in more nuanced ways. For example, the 1997 Act increased patient access to promising experimental drugs and medical devices and provided for a rapid review process for important new medications. Additionally, this Act allowed for drug companies to research unapproved (or “off-label”) uses of otherwise approved medications. This was enacted to further scientific research regarding the safety and effectiveness of these specific medications.

From the pioneering efforts of Dr. Harvey Wiley to the FDA Modernization Act of 1997, the story of the FDA is one of a government organization dedicated to the health and well-being of the nation. As it evolved, the FDA’s oversight and regulation of medications and medication advertisements has also transformed. Navigate to our next section to learn more about the current state of medication advertising, as well as the current regulations the FDA requires to keep you better informed. Click here: Modern Drug Advertisements, Themes & FDA Regulations