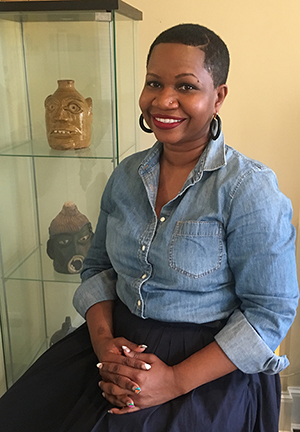 Medical Bondage: Race, Gender, and the Origins of American Gynecology

Join Dr. Deirdre Cooper Owens on April 28 at 5:00 PM EST for a presentation on her award-winning book, which examines the accomplishments of pioneering 19th-century gynecologists who conducted their experiments primarily on poor and powerless women. Medical Bondage broke new ground by exploring how and why physicians denied these women their full humanity, yet valued them as “medical superbodies” highly suited for medical experimentation. Even as they were advancing medicine, these doctors were legitimizing, for decades to come, groundless theories related to whiteness and blackness, men and women, and the inferiority of other races or nationalities. Medical Bondage moves between southern plantations and northern urban centers to reveal how 19th-century American ideas about race, health, and status influenced doctor-patient relationships in sites of healing like slave cabins, medical colleges, and hospitals. It also retells the story of black enslaved women and Irish immigrant women from the perspective of these exploited groups, and thus restores for us a picture of their lives.

The Heberden Society history of medicine lecture series is generously supported during the 2020-2021 season by David J. Wolf, MD. This lecture is free and open to the public!

Please note this event has already occured. The recording is available at https://www.youtube.com/watch?v=xKm0UopGk3k.