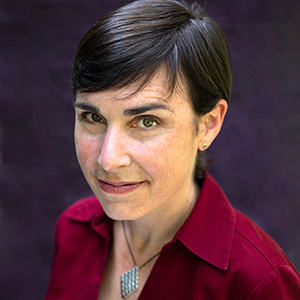 Join author Janice P. Nimura at 5:00 pm on February 3, 2021, the 200th anniversary of Elizabeth Blackwell’s birthday, as she launches a major new biography celebrating two complicated pioneers who exploded the limits of possibility: Elizabeth and Emily Blackwell. The world recoiled at the notion of a woman doctor, yet Elizabeth Blackwell persisted- in 1849, she became the first woman in the United States to receive an MD. Her achievement made her an icon- “I am convinced that a new & nobler era is dawning, for Medicine,” she wrote. Together with her sister Emily in 1857 she founded the first hospital in New York City staffed entirely by women, which eventually evolved into today’s NewYork-Presbyterian Lower Manhattan Hospital. In 1868 Elizabeth and Emily Blackwell created the Woman’s Medical College of the New York Infirmary, which was devoted entirely to the medical education of women and was eventually absorbed into what is today known as Weill Cornell Medicine.

Janice P. Nimura received a Public Scholar Award from the National Endowment for the Humanities in support of her work on The Doctors Blackwell: How Two Pioneering Sisters Brought Medicine to Women and Women to Medicine. Her previous book, Daughters of the Samurai: A Journey from East to West and Back, was a New York Times Notable book in 2015. Her essays and book reviews have appeared in the New York Times, the Washington Post, the Los Angeles Times, the Chicago Tribune, Salon, and LitHub, among other publications.

The Heberden Society history of medicine lecture series is generously supported during the 2020-2021 season by David J. Wolf, MD. Co-sponsored with the New York Academy of Medicine's Center for the History of Medicine and Public Health, this lecture is free and open to the public!

Please note this event has already occurred. The recording is available at https://youtu.be/QZmK-1At_IM.